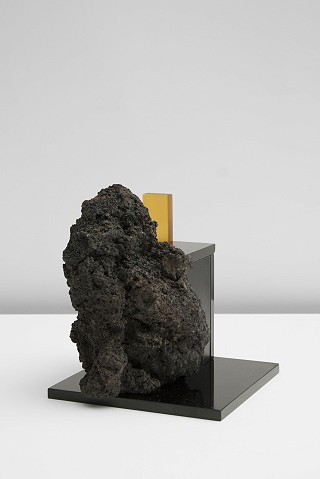 Despite skin being our largest and most sensitive organ, with touch often referred to as the ‘mother of the senses’, sight has been regarded as our predominant sense since the ancient Greeks. ‘The eyes are more exact witnesses than the ears,’ wrote Heraclitus; Plato thought vision was ‘humanity’s greatest gift’; while Aristotle claimed that sight ‘approximates the intellect most closely’.

By the time of the Renaissance, when the senses were categorised into a strict hierarchy, not only was sight at the top but touch had also been relegated to the bottom. In his seminal text The Eyes of the Skin, Juhani Pallasmaa argued that the digital revolution has only reinforced this idea. He described the perception of touch, taste and smell as ‘archaic sensory remnants, with a merely private function’ and expressed particular concern over the role of technology in design education, stating that ‘computer imaging tends to flatten our magnificent, multi-sensory, simultaneous and synchronic capacities of imagination.’ Now, over 20 years after The Eyes of the Skin was first published, it seems the design industry is finally paying attention. In 2012, trend forecaster Li Edelkoort predicted that ‘super technology is going to ask for super tactility’. At the launch of the Design Academy Eindhoven’s graduate exhibition in 2015, Thomas Widdershoven, then creative director, described tactility as ‘a political statement, a social statement, a human statement’ and followed this up with a show at Milan Design Week entirely dedicated to the theme. The subsequent surge in tactility in handcrafted products – from Linus Ersson’s fingerprint-indented ceramic bowls to Daniel Schofield’s Tarnish collection, which develops a patina as it is touched – is finally making its way into the mainstream. We introduce the masters of tactility who are leading the way by placing real-world tactility at the core of their businesses and embracing the sense of touch in a screen-based world.

Founded in 1954 by Charles Przedborski at 16 rue Chapon in Paris, fine art printer Imprimerie du Marais now comprises 28 people working across seven workshops, using skills and techniques that have been passed down through generations, from hot foiling to chiselled gilding, combined with the latest innovations in print. The workshops elevate communications beyond the functional for clients from Miami Design District and Longchamp to young couples planning weddings. ‘People react better to well-conceived tactile communication,’ explains Mélody Maby, communication and business development manager. ‘In Japan, relationships are encoded and words controlled, so a lot of what is spoken is through sensation rather than words, and paper plays a big role. Our screen-addicted lives are bringing the same needs to the West.’ Craft and attention to detail have as much to say as the words on the page. ‘Today the oldest techniques have the highest value,’ says Maby. ‘Finishes like raised foil and engraving are code for luxury and heritage. Intriguing materials are another way to express high creative values.’

The tactility of the printed materials that Imprimerie du Marais produces elevates everyday interactions, at the same time as preserving traditional techniques. ‘Our team is a mix of old hands, with experience and craft skills, and young art-school graduates, with passion and the freedom to experiment,’ says Maby. ‘This combination is valued by our clients, who are looking for both perfection and creativity. The future of print is in this blend of experimental art mixed with precision engineering.’

Fuseproject embraces the positive potential of technology by using a tactile design language, an acute sense of empathy and consideration for the user experience. Founder Yves Béhar’s approach starts with removing screens. ‘Some people have this idea that technology has to be this science-fiction dystopia, with an aesthetic to match,’ he says. ‘I want to create distinct identities, focusing on how people live with products and experiences.’

The Snoo, a robotic bassinet designed to soothe crying babies, exemplifies this approach. It uses cutting-edge technology while fitting harmoniously into the home environment. ‘The technology is changing lives: parents are getting more sleep and seeing a dramatic reduction in post-partum depression,’ says Béhar. ‘And yet designing Snoo in a way that felt domestic, safe and comfortable, using soft knitted materials, was integral to its success.’ Superflex offers powered clothing, with embedded robotics and AI, to help older adults with mobility issues – another example of tactile technology delivering real benefits. ‘Superflex recognises when a user is trying to sit or stand and amplifies their muscle strength,’ says Béhar. ‘Designed for a less tech-savvy audience, the tactile experience was really important.’ So far so futuristic, and Béhar thinks this is just the start. ‘We are at the beginning of understanding how technology is going to be assimilated into our lives,’ he says. ‘Touch is key to the human experience, so in order to seamlessly integrate technology, so it feels completely natural, tactility will continue to play a big role.’

Amsterdam-based design studio Formafantasma, comprising Italian designers Andrea Trimarchi and Simone Farresin, sees its role as bridging craft, industry, objects and users. The result is narrative-driven work characterised by experimental material combinations that foreground tactility. The pair credit the rise of digital technology with the current revival of the sense of touch and argue that it is a more complex and subliminal phenomenon then we might realise. Their approach to materiality is driven by the sense of covert messages. ‘Materials evoke feelings in the user which are subliminal,’ says Trimarchi. ‘We are interested in working with this intuitive relationship with materiality.’

Ore Streams, commissioned by the National Gallery of Victoria as an investigation into electronic waste, uses objects, video documentation and animation to demonstrate the value of discarded precious materials and explore design as an agent for change. ‘Our interest in materials is not based only on functional proprieties, but also on the symbolic or even political connotation of materials.’ De Natura Fossilium – a collection of objects made for Gallery Libby Sellers from materials unearthed by the 2013 eruption of Mount Etna – enabled the studio to create ‘a new relationship with a specific locality’, in this case Sicily. ‘We follow a process of investigation over a long period of time,’ says Farresin. ‘We know where we start, but we never where we are going to end. This process-based way of working is more intuitive and allows the raw and the improvised to be part of the final result.’

Visual Editions is a London-based book publisher, launched in 2010 by Anna Gerber and Britt Iversen. When Jonathan Safran Foer created the artwork Tree of Codes by cutting into and out of his favourite book, Bruno Schulz’s The Street of Crocodiles, the pair realised the only way to publish it was to make a different die-cut on each page. After being told by every printer they approached that the book they wanted just could not be made, they finally found Die Keure. ‘We were all living in what was then a new Kindle landscape so the idea of pushing the material limits of a book as object to its extreme felt very important,’ says Gerber.

Despite creating something so absolutely analogue, however, the pair argue that the digital and the real world are far from binary. ‘Everything we do, experience, live and breathe exists on a spectrum, so it’s more about how we create uniquely magical experiences that could exist as beautiful objects, that we choose to touch and feel, and surround ourselves with; as delightful digital experiences that we engage with; or – and this is space we’re exploring at the moment – how we can bring physical experiences together with screen-based ones,’ says Iversen. ‘You can have all the technology in the world, or the most covetable objects on the planet, but what’s most important is the emotion and human connection when we encounter these moments that bring joy and delight.’

Emiliano Salci and Britt Moran established Dimore Studio in 2003 and have since developed a design language ‘built from the set of emotional alchemy made of mistakes, recoveries, inventions, enhancement of prints, lights, lacquering and oxidation.’ They indulge in unapologetic tactility, pairing old and new, and combining colour and texture, with seemingly instinctive ability. ‘The use of materials, different finishes and surfaces adds preciousness and richness to an interior,’ says Moran. ‘By juxtaposing and layering, we create contrasts and contradictions – an expected twist, a slight pinch of “wrongness” – from furnishings, from various time periods and design movements, to colours, materials, and even ways of lighting the spaces.’

Diana Vreeland, the legendary late fashion editor, said that ‘the eye has to travel’. Salci and Moran reference this idea to explain their inclusive, generous approach, which encompasses past and future. ‘We are creating spaces that must be explored and discovered, allowing the visitor to experience something new every time,’ says Salci. ‘Gleaning from historical movements allows us to immediately create a link between something that is reminiscent but at the same time new. We have an innate passion for mixing and matching colours, fabrics and especially furnishings and lighting.’ As for the future, this isn’t an approach they see changing. ‘Experiential, tactile work is ingrained in our design approach and will continue to be so, for the space and atmosphere it creates.’