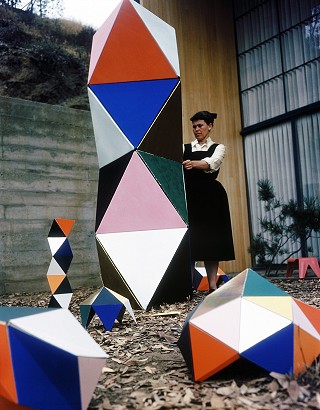 THE IMPORTANCE OF PLAY

It’s time to take play seriously. In an era of uncertainty, political instability and environmental concern, our need for optimism, escape and invention is being realised through play. Learning through playful processes and thinking has become a positive preoccupation for all – not just the young.

As children, we depend on play for healthy physical, cognitive and social development. It helps us grow into fully functioning adults, teaching us problem-solving skills and emotional understanding. Today, we are seeing the benefit of learning through play pursued even in adulthood. Responding to our tumultuous times, play has become a way to make sense of the chaos. Instead of using complex thinking, people are turning to playful release and regression in order to find comfort in simplicity, rediscover understanding and develop improved relationships. In his book Play Matters, author Miguel Sicart states that ‘to play is to be in the world; playing is a form of understanding what surrounds us and a way of engaging with others. Play goes beyond games; it is a mode of being human.’

In Playful Release, a story in Viewpoint Colour #02: Sanctuary, we explored how people are finding respite in playful distractions, reverting to childlike experimentation and inquiry. As an antidote to everyday stresses and pressures, we seek release in regression, replacing highbrow pursuits with honest, innocent play.

This attitude is showing no sign of waning. Exhibitions and art installations encourage tactile interaction and playful participation, stripping away the austere, silenced, clinical façade of the traditional gallery environment. Contemporary artists, curators and gallerists are inviting increased immersion and audience collaboration. Described as a temple of wonder, Camille Walala’s installation at the Now Gallery is a labyrinth of colour and pattern that draws in visitors and encourages them to ‘become more aware of their bodies, engage their minds and give themselves over to play.’ Even traditional gallery settings are becoming more playful, as seen in GGSV’s Galerie Party at the Pompidou Centre, and the One, Two, Three, Swing! installation by Superflex in Tate Modern’s Turbine Hall. Not only do these exhibits promote interaction, and encourage regression and distraction, they also reach a wide audience.

The idea of play as a design theory is nothing new and has been widely documented. By resorting to naivety and innocent childlike activity it is possible to achieve a sense of discovery and alternative perspectives. As Swiss psychoanalyst Carl Jung famously stated, ‘The creation of something new is not accomplished by the intellect, but by the play instinct.’

In academia, the Design School Kolding has joined forces with the Lego Foundation and the Lego Group to establish Design for Play, the world’s first two-year master’s degree programme in the subject. ‘Play enables us to explore, practise and try out ways of tackling similar challenges in the real world,’ says the Lego Foundation. ‘Skills like problem solving, creativity, empathy, communication and teamwork all have their foundations in play.

Designers have long recognised the creative and intellectual value of play. Charles and Ray Eames attributed many moments of invention to play and embraced the notion as a key route to creation. At the Vitra Design Museum in Basel, An Eames Celebration, open from September 2017 until February 2018, devotes gallery space to play and design in a presentation called Play Parade. The exhibition includes documentation of the iconic design duo’s preoccupation with play, including prototype designs, as well as realised toys, games and their personal collection of spinning tops. Many of the toys featured were designed as much for adults as for children.

The intellectual value of play is mirrored in contemporary attitudes. City playscapes are becoming more ubiquitous as designers and architects respond to our increasingly urban future by engineering opportunities for escape into the city landscape.

In Viewpoint #40: City Futures we explored how play experiences and spaces are being installed within the urban environment to promote conviviality and self-expression. The London Design Festival 2017 saw a plethora of playful installations pop up in the city, from Villa Walala, an inflated Memphis-inspired gazebo that infiltrated the grey concrete arena of one of London’s business centres, to Yinka Ilori’s Estate Playground for the Citizen M hotel in Shoreditch. The London-based designer was inspired by fond memories of his youth where the public playgrounds he visited served to create a sense of community and belonging. Although visually arresting and aesthetically inspiring, the exhibit’s ultimate intention was to reawaken childish joy in audiences and to revive the kind of attitudes we had as children: indiscriminate, convivial, non-judgmental, unprejudiced and without preconceptions.

From essential to joyful

Form is leading function as art for art’s sake sees renewed appeal. Pure joy, fun and happiness are reigning over practicality and utilitarianism. Marni’s Playland at Milan Design Festival 2017 transformed a warehouse space into a bright sandy playground. Visitors could explore a colourful collection of abstract furniture items that put playfulness ahead of functionality, explained by Marni as ‘a series of extraordinary objects and furniture sculptures that have cast practicality aside to embrace their playful side, leaving them open to interpretation.’

While fashion has for a long time held sway over provocative design intended to challenge and drive aesthetic shifts, in the post-austerity era essentialist attitudes led the design landscape to become homogenised by playing safe and catering to good taste conceptions. In a backlash, design directions and colour palettes are becoming more expressive and challenging, at times verging on bad taste. Recent catwalk shows have taken on increasingly joyful aesthetics. Veteran provocateurs such as Henrik Vibskov are being joined by new upstarts such as Das Leben am Haverkamp and Charles Jeffrey, while even Calvin Klein, historically associated with essentialist non-confrontational aesthetics, has embraced the playful and the bold, as seen in its recent store design by artist Sterling Ruby.

Contrary to assumption, play’s aesthetic is not confined to the brash and the bright. This issue’s Forecast embodies varying aspects of play. Intuitive and uninhibited experimentation define Happy Coincidences. Interaction and expression reigns in Playground. Hyperreal and ethereal describe the aesthetics of the Dreamscapes that we thought could only exist in the imagination. And instinctual mash-ups, devoid of political correctness and preoccupations of provenance, illustrate the New Native.