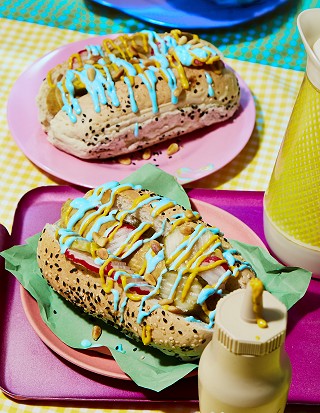 Three decades years ago, the v-word was associated with anger, politics and extremist views. Over the past few years, we’ve seen a shift from naked, blood- spattered vegan activists preaching in the streets and shaming those who eat meat – or even one of their own who might dare to admit they love the smell of bacon – to a calmer, more tolerant and relatable cohort of vegans who share their weak moments and support one another through the transition from meat-eater to plant-based eater.

For many vegans who were raised as meat-eaters, the process of giving up bacon sandwiches, ice cream, fried chicken wings, mac ‘n’ cheese, gourmet burgers and cheesy garlic bread is no easy feat. Perhaps unsurprisingly, according to the US Humane Research Council, 84% of vegans and vegetarians revert to eating meat at some point.

Meat itself provides very little flavour; it’s those famous 11 herbs and spices that really hit the spot. Although the taste of meat is very easily replicated; in fact almost every meat-flavoured crisp you’ve ever eaten would have been vegetarian or even vegan. Still, a bacon Frazzle is not quite enough to satisfy those meat cravings. Perhaps there’s more depth to our experience of eating meat – something that engages all the senses and taps into our carnivorous instincts, and something that some vegans find themselves missing.

Vegan brands such as Temple of Seitan, Bora Bora, whose desserts include ice cream, and Vausages are thus focusing on creating gratifying vegan alternatives that are tender and succulent, that ooze and dribble, that evoke the sensory pleasures of eating meat and other animal-derived products. Vegans can now satisfy a desire for indulgent treats and classic comfort food without the need to compromise their morals.